A Drop in the Ocean

Irene Soler had never thought of herself as an activist but she cared deeply about the natural environment. She wanted to do something to raise awareness about the impact of plastic in our seas. Something that might make a difference, however small. A Drop in the Ocean was the result.

"I’d never done anything like it before. Yes, I was nervous when I started, and I had no idea how it would work. But through it I learnt so much. I wanted to share that. If you’ve got a spark of an idea, and you’re thinking of doing something similar, but aren’t sure where to start, here are three things that might help you do something meaningful in your community"

The project consisted of collecting the bottle tops, counting them and recording the data, and then running a series of workshops to thread them.

Over 9 months the project involved 150 volunteers, 23 beach cleans, 7 containers to intercept bottle tops at shop and cafe counters, and 29,684 discarded bottle tops all collected from Brighton beach and seafront.

The plastic bottle tops collected would have towered over i360 and The Shard and these were only a fraction of the bottle tops and single use plastic used, discarded and washed ashore along this tiny part of coastline during that time. 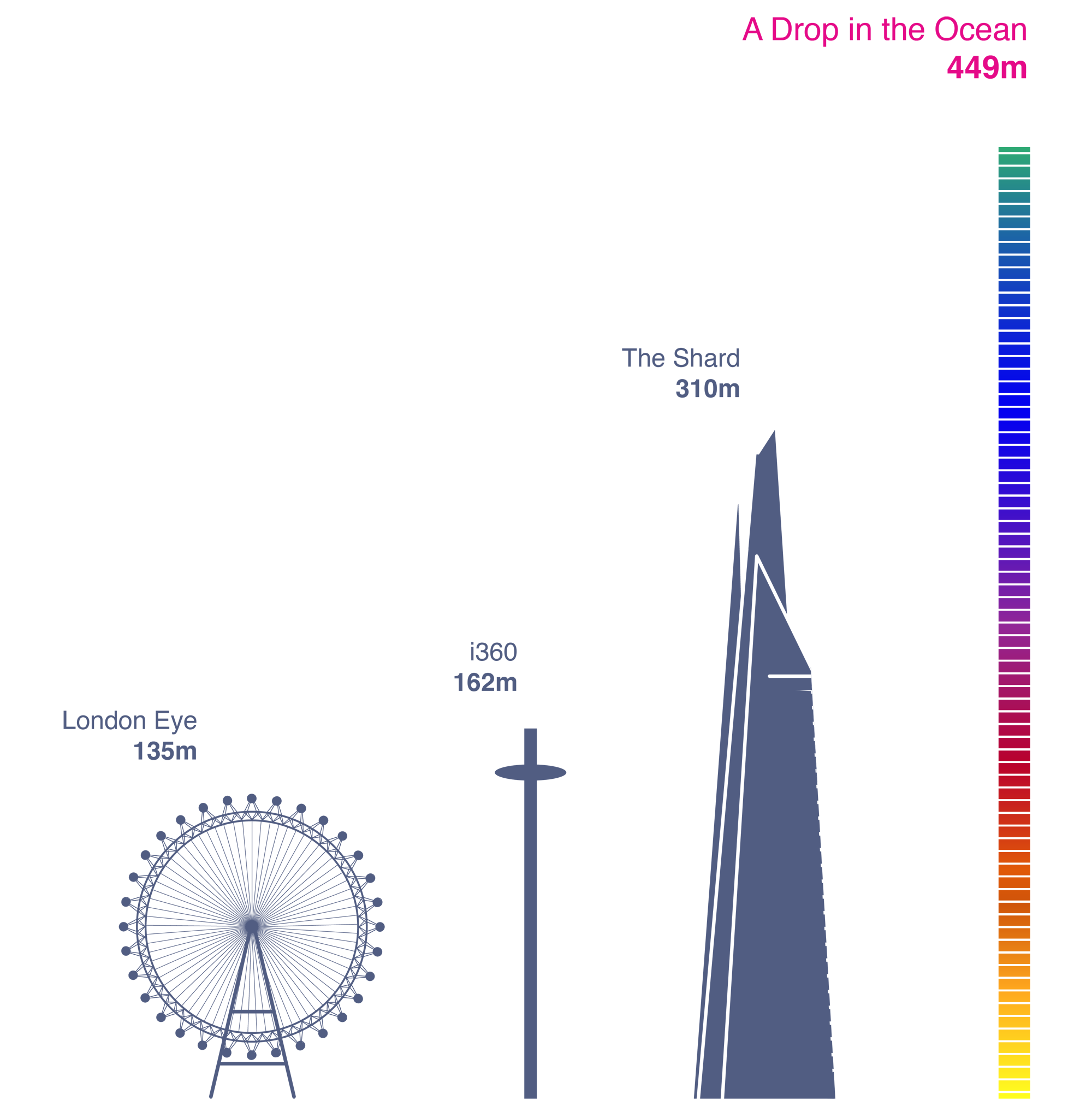 Bottle tops are small enough to be swallowed whole by birds and animals so every one that was collected is one extra piece of plastic that won’t be eaten by a turtle, swallowed by a seabird, or settle as microplastic particles inside a mussel. Bottle tops are among the top 5 items found on beaches and are not currently widely recycled.

"The question I was asked most often when I was hanging strings of bottle tops on the fence was: ‘Have you dyed or painted them to get those colours?’ The question surprised me at first. But then I realised that bottle tops are just another part of our wasteful every day that we don’t even see. They’re ‘invisible’. Stringing them up on a fence made people really see them"

Watch the BBC News Video and read further insight on this fascinating project at 'A Drop in the Ocean' here.

Got a project in The Living Coast you'd like to feature here? Get in touch.